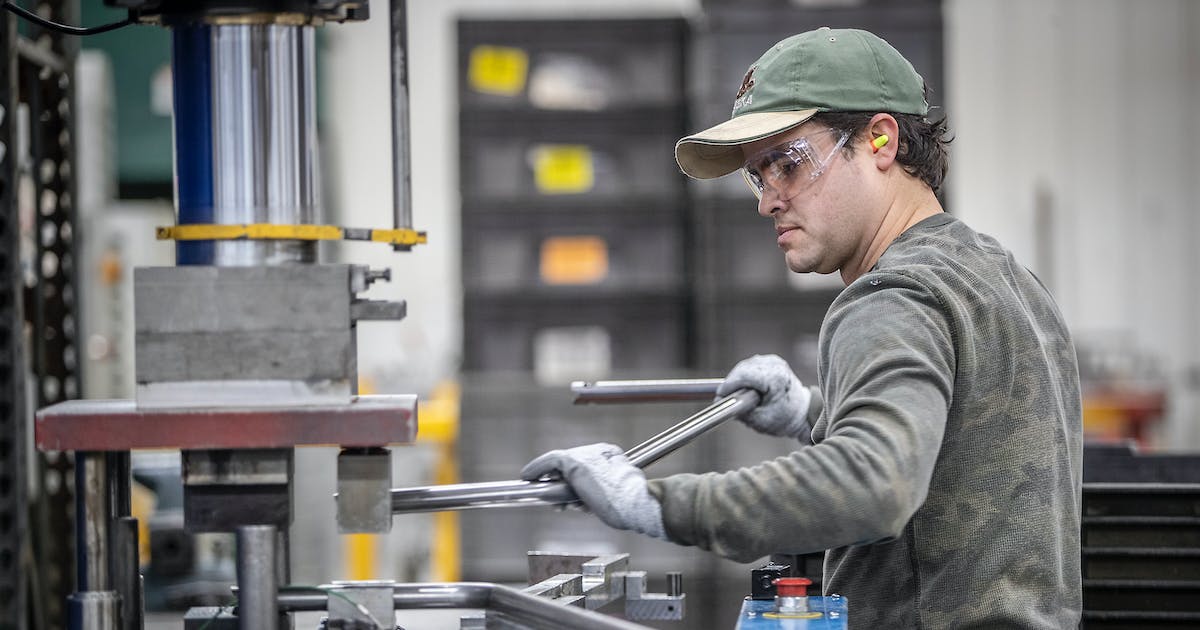 Polaris Industries’ costs for parts and materials increased $100 million in the first quarter.

Despite paying more, the Medina-based company still could not get everything it needed, company officials said Tuesday. Issues with its bearings supplier affected production at Roseau, Minn. Ongoing problems with computer chips, wire harnesses and shocks held up vehicles that were otherwise ready to ship.

Steel was up 130% over the same quarter in 2021, said Chief Financial Officer Bob Mack in an earnings call with analysts. Aluminum cost 140% more.

The manufacturer of all-terrain vehicles, snowmobiles, motorcycles and boats raised prices more than 10% toward the end of last year. While the price increases covered higher costs, the profit margin did take a 4% hit.

While the first quarter was bumpier than expected, Chief Executive Officer Mike Speetzen and Mack said another single-digit price increase enacted April 1, plus some better forecasting by suppliers, should allow growth in the second half of the year.

Further, the company is making some long-term changes to help with a supply chain that could change again. For example, Speetzen said engineers when possible are redesigning vehicles to work around hard-to-get parts.

“As we work to remediate the current situation, we are refocusing our lens that we look at the supply-chain environment through,” he said in an earnings call with analysts. “Specifically we’re taking a longer term view and suspect that the supply chain will not likely see substantial improvements in the near term.”

The inflation in the first quarter — for example, a 120% cost increase between shipping containers from Asia and then by truck in the U.S. — should subside over time, Mack said.

The good news, Speetzen said, is that demand has remained steady — and high. Seventy percent of vehicles produced in the first quarter were preordered, and the cancellation rate despite delays was low.

That means the company should have a cushion should the economy see further downturns. It would take two quarters or more to catch up with the preorders and get higher inventory into dealerships, he said.

It helps that typical Polaris customers have a higher than average income and have not been affected as much by pandemic downturns, he said.

The customer profile also should help mitigate any effects from higher interest rates because of the higher income levels and credit scores.

In addition, Speetzen said in a release on its earnings that Polaris is making “strategic investments in both innovation and operations” to help replenish inventory.

In March, the company broke ground on a $22 million, 28,000-square-foot robotic liquid paint facility as it continues to expand facilities in Roseau. It also announced a 165,000-square-foot expansion of its parts and accessories distribution center near Dayton, Ohio.

The company lost some market share during the quarter, but Mack said looking over a 12-month cycle its share is pretty even. The current shift quarter to quarter depends on when different companies can get vehicles to dealers.

Motorcycle sales took the biggest hit in the quarter. North American sales for Indian Motorcycles were down 30%, while the motorcycle industry as a whole saw sales only dip about 10%.

Maintain your immune system with Vitamin
We use cookies on our website to give you the most relevant experience by remembering your preferences and repeat visits. By clicking “Accept All”, you consent to the use of ALL the cookies. However, you may visit "Cookie Settings" to provide a controlled consent.
Cookie SettingsAccept All
Manage consent